You are here: Home Objects Going for a ride

Going for a ride

People in their motorised vehicles in garden of the old Le Court building. Written on the reverse of the photograph by Leonard Cheshire: ‘Chalkie White, married and went to live in High Wycombe; Ted Sleaman, it was for him and for Nev (Neville Thomas) that I really erected the Pavilion against the wishes of the committee, out of self-raised funds. Nev wanted a dark room and Ted aspired to be a printer. So we got him a power-driven press which he learned to use, printing letter heads etc when The Queen Mum visited us in 1955. But he died before he could get his press (a free gift ‘begged’) geared up to tackling the Smile. Lofty, managed the shop after Joe Pincombe ‘retired’ a great character who could get to Cambridge in his motorised coffin! Jim Jaquest a prime mover in getting the Welfare Fund off the ground. Alan Davies who died only a few years ago. In the background EAN Terry, Jim Best, Molly Conibear. Taken about August 1954 outside the old house’. 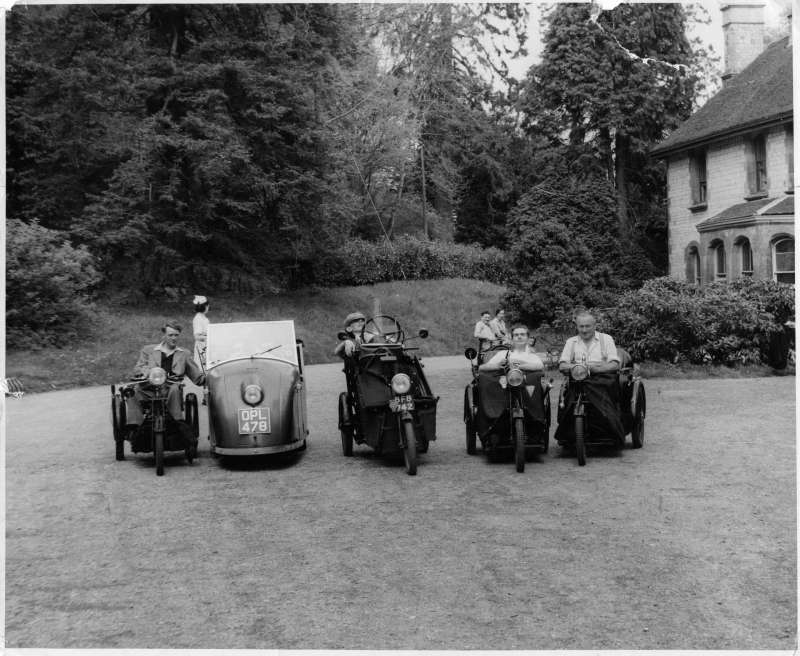