A steering committee to set up a new Cheshire home in West Sussex was started in October 1954, whilst Group Captain Cheshire was recovering from TB in hospital. The committee was led by Wing Commander Byrne of Angmering-on-Sea, a friend of Leonard’s and Battle of Britain pilot.

A building was bought in The Street , East Preston, Sussex that year, and Leonard decided to name it St Bridget’s because he visited it on St Bridget’s day, 8th October 1954. It was the fifth Cheshire Home and was opened to residents in November 1955 after refurbishment by volunteers. It’s official opening day in June 1957 was attended by Lavinia the Duchess of Norfolk, Lady Denning and Group Captain Cheshire.

By the 1980s maintenance costs meant that the home had to look for new premises and a fundraising appeal was launched by the Duchess of Norfolk in 1983. The home moved to its current site in Rustington, West Sussex in 1987, Leonard Cheshire officially opened the home that September. During the 1990s the home purchased local bungalows to support independent living as well as a respite care service. 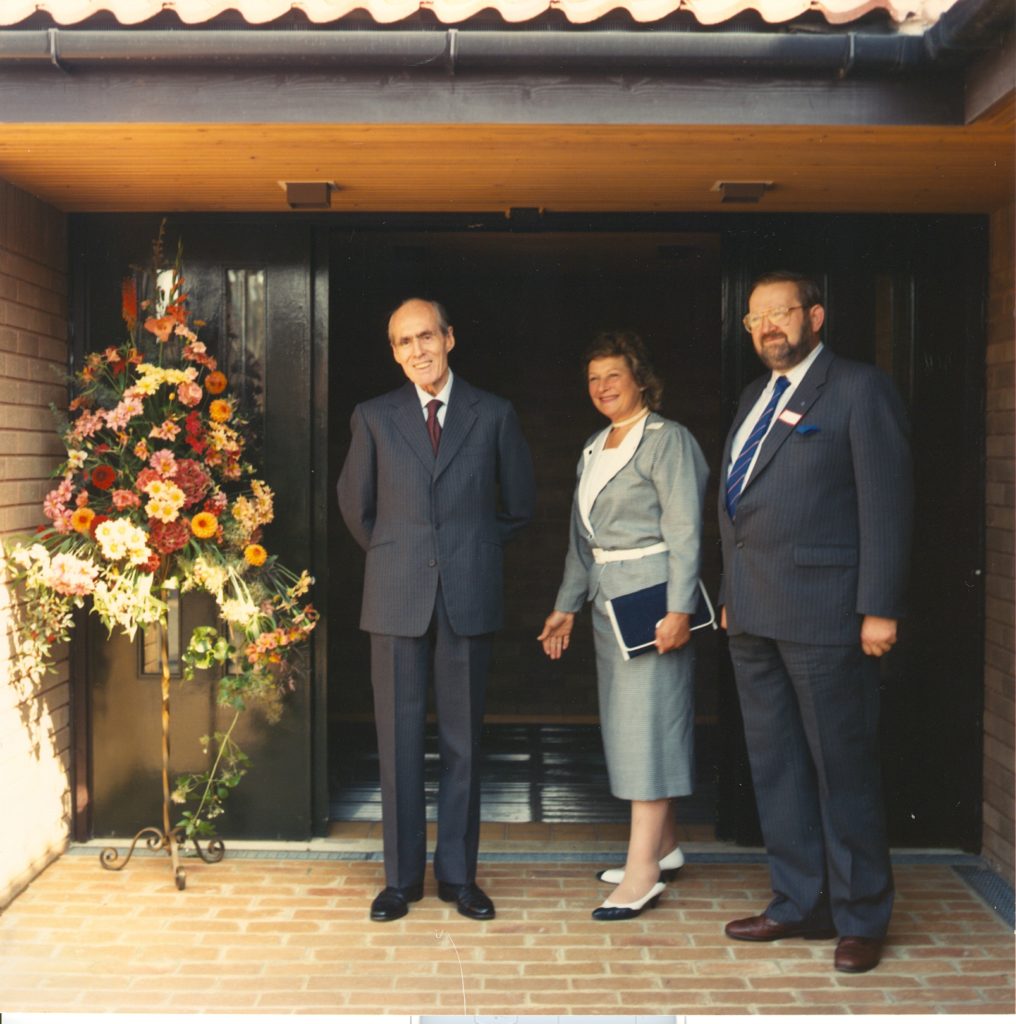