You are here: Home Spotlight on… Game, Set and Match

In the UK sports world, the summer means tennis season and the tournament in Wimbledon occupies all aspects of the media during the last week of June and the first week of July. Leonard Cheshire developed a love and enjoyment of tennis from an early age and throughout his life he enjoyed the competition, exercise and challenge that this sport provided. He attended WImbledon every year, and was well known for travelling with his tennis kit. His final diaries contain appointments to play.

At home and as a boy, his parents had tennis courts and the family, friends and visitors were encouraged to play. Leonard enjoyed the competition this afforded him and his brother Christopher, and when he went to Stowe school he enjoyed the access this gave him to competition and the enjoyment of sport. He participated in all sports, but tennis was his favourite and he gained school colours in the sport and became Captain of lawn tennis. Also as Head of his House and Prefect his leadership skills were steadily developing. 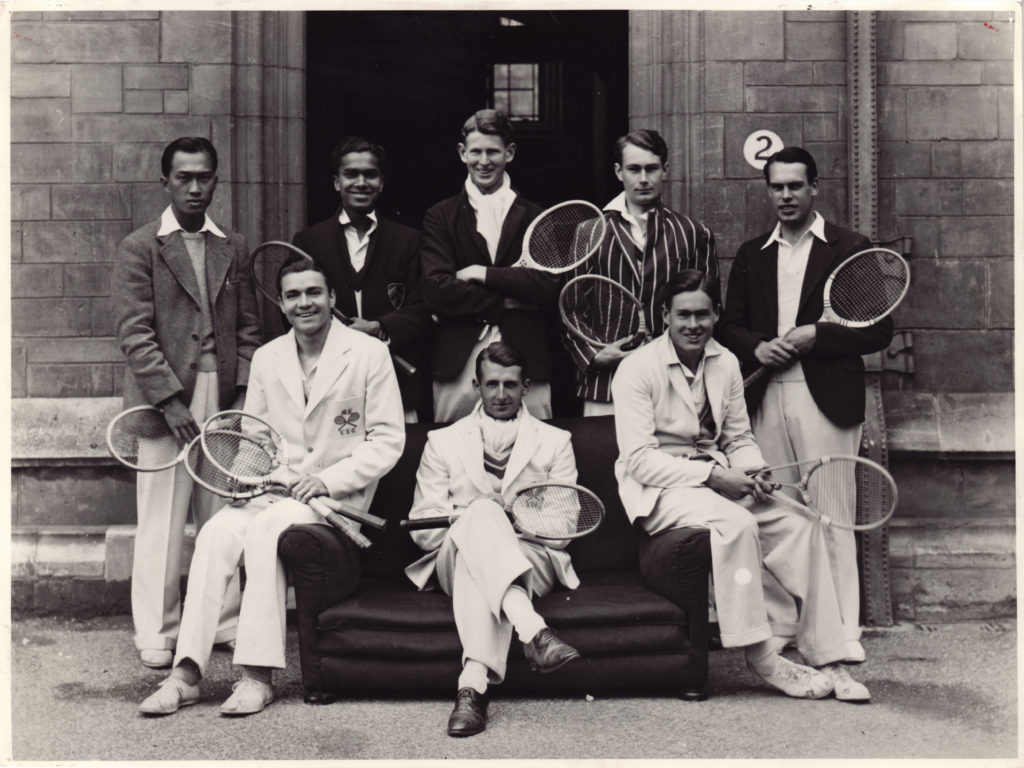 Leonard Cheshire (front right) and brother Christopher (centre back) posing for a photograph with the rest of the tennis team at Merton College, 1938.

His schooldays over, he prepared for entry to Merton College, Oxford and in the vacation visited family friends in Germany. Among a friendly and tennis playing German family, Cheshire settled in and tennis helped him to develop his German language skills. He was sad to leave when the visit ended and during a visit to an island in the Baltic Sea he entered a tennis tournament which he nearly won. 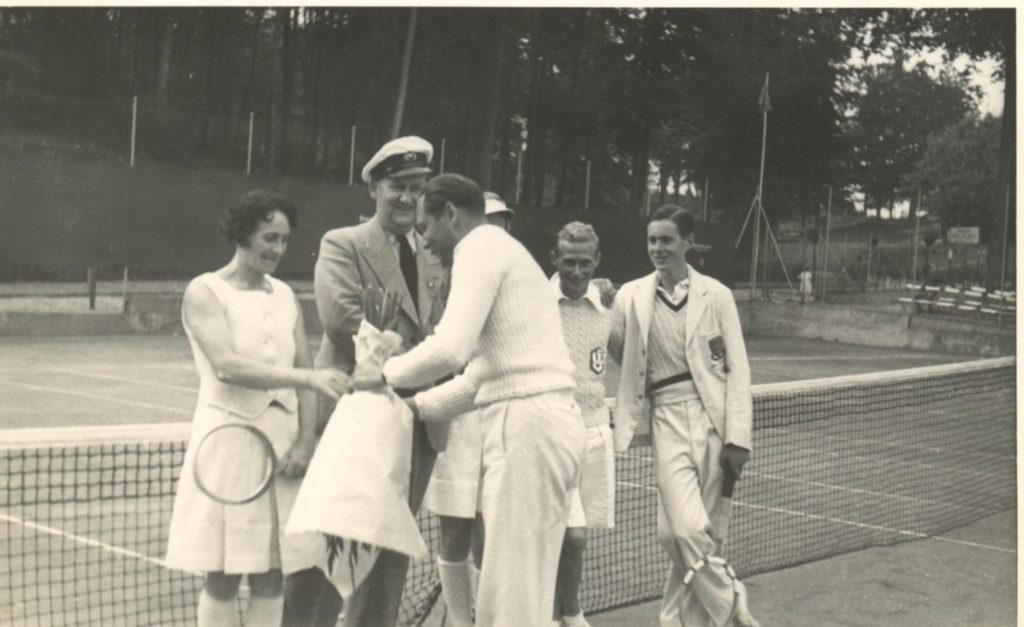 Leonard Cheshire (far right) at the final of a tennis match in Sellin, Germany, August 1936.

This love of tennis continued throughout his life and provided vital exercise to his chest muscles which were weakened by having had tuberculosis. Throughout his journeys both home and abroad tennis remained his main recreation and his tennis kit went with him wherever he travelled. As a member of Queen’s Club, in 1979 he entered himself in the over-fifty-fives tournament. He called it an “elderly tennis tournament” in a letter to his friend, Lady Patricia Cullen (wife of Lord Charles the 2nd Baron Cullen who was a Real Tennis player).

Leonard Cheshire playing tennis at a trip to India in the late 1960s.

Leonard remained a strong player to within a few months of his final illness. He enjoyed the competition and tennis was a main feature of family life and professional players were invited to his home. One particular person he played tennis against was Australian Ken Fletcher, three times mixed doubles Wimbledon champion and winner of 27 international tennis titles. He also visited Wimbledon every year, right up until his death on 31st July 1992.