You are here: Home Spotlight on… Le Court History

The manor house that became the first Cheshire home ‘Le Court’ was built between 1865 and 1866 for businessman Sampson Foster and his wife Mary, who had moved down from the West Midlands to be closer to their son, the curate at Greatham church.

By 1884 Le Court had been sold out of the Foster family, and we know it was up for sale again in 1892 as we have a sales brochure for Le Court, showing details of the old mansion and estate, which included farms, an ice house, stable, courtyard, three lodges and cottages for estate workers.

Le Court was bought at auction for £25,000 by Heath Harrison and his wife Mary. Heath was a shareholder of a shipping business in Liverpool; independently wealthy he spent his time in the area living the life of a country squire. At one point he held the offices of High Sherriff, Alderman, County Councillor, Magistrate and Governor of Churcher’s College in Petersfield. He was benefactor of the Union Jack Club, the War Fund and the RNLI amongst many others and was made a Baronet in 1917 for his philanthropy. 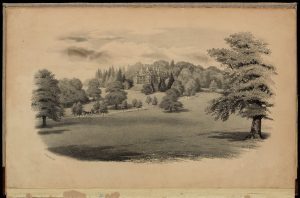 After the death of Sir Heath and Lady Mary Harrison, Le Court was inherited by Lady Mary’s sister, Mrs. Madeleine Knight. Upon her death in 1945, Le Court was inherited by her daughter Mrs Nancy Barstow, widow of First and Second World War hero Major-General Arthur Barstow. Arthur was the brother of Leonard Cheshire’s mother Primrose. Leonard’s Aunt Nancy soon put the estate up for sale.

Leonard Cheshire bought Le Court off his Aunt Nancy in 1946 for his self-help community for ex veterans, VIP (Vade in Pacem or ‘Go in Peace’). VIP soon failed, despite having the assets of the estate at its disposal, and Leonard was forced to sell off parts of the estate to clear massive debts.

The manor house was just about to be converted into flats for resale when Leonard got a phone call from the Matron of Petersfield Hospital, looking for a home for one of the patients. Retired Army Veterinarian Arthur Dykes, a previous member of VIP, had a terminal illness and hoped to return to Le Court.

Arthur moved into the manor house with Leonard, who cared for him until he died. Leonard had intended to still sell the house after Arthur had no further need of a home but others soon came, making Le Court the first ‘Cheshire’ home.

By 1954 the underground stream beneath the old house had made it unstable and it needed to be demolished. A chance encounter brought the building to the attention of the Carnegie Foundation, who funded the building of a ‘new’ Le Court across the lawn. This building was one of the very first purpose built homes for disabled people, and continued to provide a home for those who needed it up to its closure in 2007. 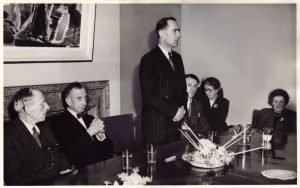 Various features, including the ice house and estate houses still survive, and the Le Court Rose Garden has been preserved as a memorial to Le Court’s residents and the founder Leonard Cheshire and can be visited today.