You are here: Home Spotlight on… The Cheshire Smile

A Spotlight on how the Cheshire Smile evolved from a simple duplicated news sheet, to a widely known disability-related journal between 1954 and 1999.

The Cheshire Smile started originally as a newsletter for people living and working at Le Court, written by a small team of residents, however it soon became more widely known amongst the early Cheshire homes and invited contributions from services across the UK.

It was used to spread news of what was happening in the various homes, and invited contributions from residents, such as short stories, articles, poems and cartoons. It was edited, compiled and distributes by residents of the Cheshire Homes.

The Smile also included many articles related to changes in social policy in the UK and abroad, sharing news of changes in the NHS, benefits and debates around disability.

The Letters pages encouraged residents to put forward views around how the homes were run and many debates around privacy, relationships, welfare committees and living standards took place throughout the years. 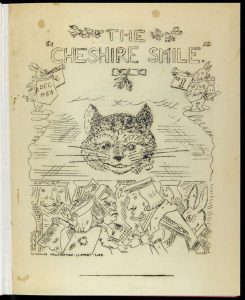 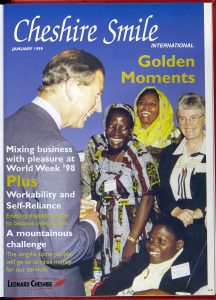 The first editor was Sydney Radford, who looked after the Smile from 1954 to 1956, when he sadly passed away. Frank Spath, a resident at Le Court, then took over and edited the journal for 14 years until 1970, when he retired from the position and took on a new role within the foundation.

Under Frank Spath’s editorship, the Cheshire Smile received a Certificate of Merit from the British Association of Industrial Editors in May 1970.

Rosalind Chalmers then took over editorship of the Smile from 1970 to 1973 and the editorial offices moved from Le Court to the Warwickshire Cheshire home, Greenacres, in Sutton Coldfield. From 1973 to 1981 editorship was provided by Roland Langley, before Francis Hopwood took on the task alongside Dennis Jarrett back at Le Court until 1986. 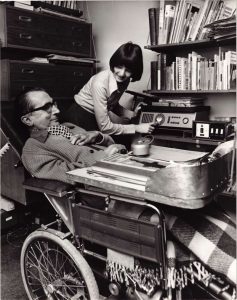 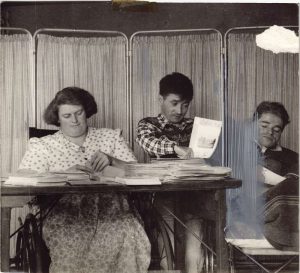 Sending the Smile out

In total 179 issues of the Cheshire Smile were published between 1954 and 1999 – this equates to over 6000 pages of articles, photographs, cartoons, poems and news. View the digitised Cheshire Smiles.